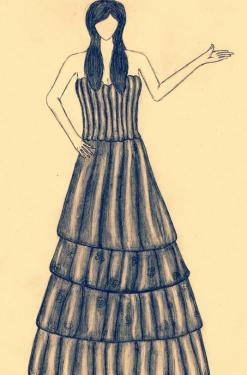 Singaporeâ€™s â€œLianhe Zaobaoâ€ reported on November 21 that the latest survey conducted by the â€œGreenpeaceâ€ organization of the international environmental protection organization revealed that clothing from a number of internationally renowned brands contains chemical substances that endanger the human endocrine and reproductive system. About a quarter of them are chemical substances. Produced in China, but experts and scholars called for a rational view of this report, not to exaggerate the impact.

The brands allegedly selling these "toxic clothing" include 20 fashionable brands such as Zara, Mango, Espirit, Giorgio Armani and Metersbonwe, which are familiar to consumers. The organization purchases 141 garment samples of 20 brands from 29 countries around the world for testing. Of these, 63% were tested for nonylphenol polyoxyethylene ether (NPE), and all 31 samples with plastisol printing contained Phthalates.

The report said that according to the product label, the tested clothes were produced in 18 countries. Of these, 34 were originally produced in China, and 70% of them were found to contain harmful substances. Li Fang, director of the Greenpeace Pollution Prevention and Control Program, said that with the rise of fashion brands, the cycle of apparel production and sales is being continuously compressed, and the impact of toxic substances on the ecology is increasing. He said: "As the major producer of these brands, China cannot afford such environmental health costs."

The report commented that China is currently the worldâ€™s largest exporter of textiles, and its coastal provinces and cities such as Guangdong, Zhejiang, and Jiangsu all have textile light industry. In the 30 years of industrialization and urbanization, environmental pollution in China has become severe.

For this report, experts and scholars called for rational consideration. Sun Huaibin, director of the China Textile Industry Federationâ€™s news center, said in an interview that the global standards for the use of industrial chemicals are continuously increasing, and the Chinese government, industry organizations, and companies are all working hard to promote the adoption of non-toxic alternatives, â€œbut after all, Need a process."

Sun Huaibin said that the Chinese industry has started to study non-toxic alternatives, but at present there is still a lack of economically and functionally complete alternatives. China welcomes the developed countries to share this experience.

At the same time, Hu Jianying, a professor of Peking University's School of Urban and Environmental Affairs, also called on the public to take a rational view of the report. She pointed out that although studies have shown that NPE and phthalates will increase the risk of some diseases, but it also involves many factors, including the concentration of harmful substances, contact frequency, etc., can not be generalized. â€œWe recently conducted a crowd survey. The concentration of phthalates in the urine of the Chinese people is similar to that of foreign countries.... Of course, we cannot relax the regulation of harmful substances, but do not exaggerate (effects),â€ she said. .

Knitted fabrics are fabrics formed by bending yarns into loops and interlacing by knitting needles, which are divided into warp knitted fabrics and weft knitted fabrics. Knitted fabrics have the characteristics of soft texture, moisture absorption, air permeability, sweating and warmth retention, and most of them have excellent elasticity and extensibility. Compared with shuttle fabrics, it has the characteristics of high output and suitable for small batch production. Knitted clothes are comfortable to wear, close to the body, free of restraint, and can fully reflect the human body curve.